Simon Hajós studied journalism and communication and sociology, philosophy and theatre studies at the University of Vienna.

After his degree Hajós worked for the PR agency Trimedia Communications Austria (now Grayling), and then for Welldone, a marketing and communications agency for the health sector.

Hajós has been a cultural manager since 2006. Alongside DANS.KIAS, he works with numerous other companies in the freelance scene, such as Alias Rosalie, werk89, Twof2, Artfusion, Compagnie Luna and makemake produktionen. As a communications consultant he also implements projects in other fields.

In 2010 he graduated from the university course for culture and organisation at the Institute for Cultural Concepts with the focus on sponsoring and project management. In 2012 he completed a diploma course as a systemic coach for social and business skills. 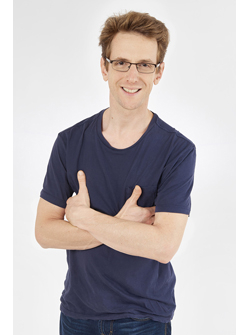